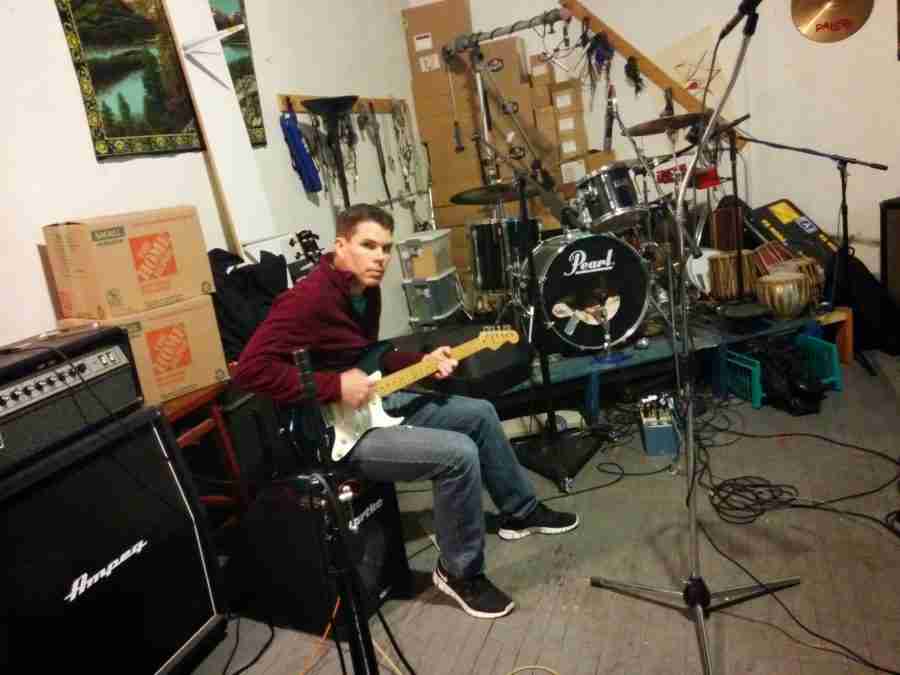 I couldn’t believe my ears. “What’s a wrap?” I stupidly responded.

On Friday we completed our biggest milestone to date: the first draft of our musical.

For the past 3+ years, I’ve invested a few hours per week, alone at my piano mostly in the mornings before getting the kids ready for school, writing music for this collaborative musical adventure.

For every minute of the 1.5 hour run time, we’ve thrown out as much original music.

At times, it hurts.

I’ll invest a couple of weeks and untold hours working out a song or section of music only to have Jon and Ryan say, “meh.”

I’ve learned to be up front about my time investment before playing them a new thing. That way they can either be more delicate or give it a second listen before crushing my heart.

We have met most Friday mornings for the better part of of 3 years, sharing the week’s life trials with each other before diving into story and song.

I am the primary songwriter, story master, and project manager, beginning each session with an agenda (which is sometimes just a question about plot/character: “What is Ted trying to say here?”

Then I’ll sit at the piano and play whatever thing I’ve been working on.

Ryan wrote one of the songs on his own using a sequencer – a masterpiece of fight and dance utilized at the story’s climax.

We’ll work on story and music and dialogue together for a few hours debating the merits of this idea or that.

Then before we go, we record a rough demo of the day’s work, and I email it to Jon and Ryan.

Sometimes Jon will reply with a fresh idea that the recording sparked or that was percolating in his head for a while.  These are always great ideas, and we’ll usually start the next session with them.

Sometimes the going is rough, but we’ve developed a nice business process over the years.

B) We’ve all written, recorded, and produced numerous completed works.

It’s B above that is probably the greatest predictor of our success.

Before he would even get together to jam with me, Jon demanded to see my musical works (7 complete albums of published work). Only then did he reply simply, “I see the work you put in here. Let’s get together.”

I am humbled to be working with Jon and Ryan, 2 brilliant artists whose work I adore/respect.

So there’s this guy, Brad… He’s the best drummer I know, and he changes everything.

Now that the music, dialogue, stage notes, etc. are all written, we are going to record this thing.

Brad brings his own amazing Bradness to everything he plays.

He’s driving up from southern Wisconsin for a few weekends to help us tighten the musical styling/genre up a bit before we lay it down on tape.