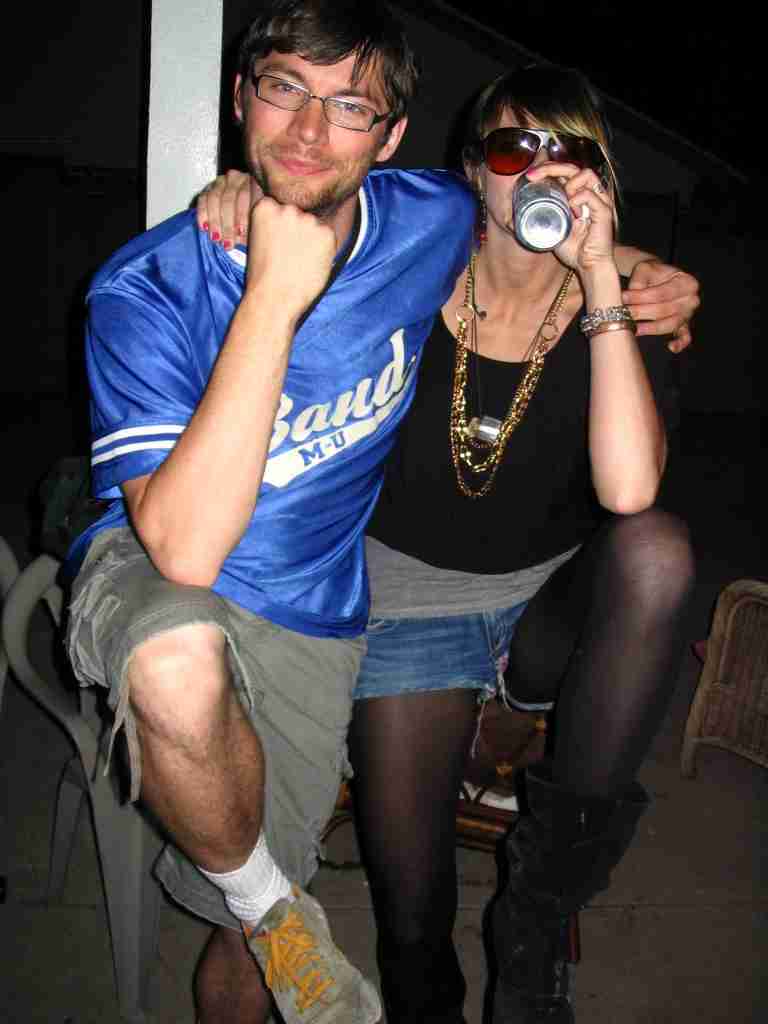 The first time I ever heard a mashup was a when I discovered The Grey Album almost two decades ago – a mashup of Jay-Z’s Black Album and The Beatles’ White Album. The listening was good-not-great, but it was a fun concept. Today, I enjoy mashups mostly on Youtube:

The idea to create my own mashup came to me during a freezing cold Target run – I was listening to Letron’s Heavyweight, and I got to thinking that it would be cool to mashup one of the songs off that amazing album with one of my own Cryns #3 tracks. Within a few minutes, I decided on Tonight was a wonderful night! for the Cryns #3 end. Then I thought about a couple of unreleased Letron tracks that I love: Monster & Fella (the latter was actually released on her In the City album, but I used an earlier unreleased version with an excellent raw rap verse sung by B.B. Lee and featuring her “swallowed his kids” line – pure gold!) – I went with Fella, a completely wonderful jealous girlfriend song. I didn’t think about it too much, but putting Tonight was a wonderful night!‘s “I’m in relationship bliss” lyrics against the anxious angry girlfriend lyrics seemed like it could have some fun results!

So, with the songs in tow, I started the process of creating my first mashup.

How I Created a Mashup in Logic Pro

A couple of years ago, I decided to upgrade from Garageband to its more feature-rich sibling, Logic Pro, and I haven’t looked back. Logic Pro has more simplicity built into it compared with competing software, something I value as a weekend-warrior-at-best user. From past experiences, I thought there might be a way to import an mp3 and have Logic compute the beats-per-minute (bpm) for me. Sure enough, you set the project to “Adapt” tempo, then “set imported audio files to: On + Align Bars”, then import the mp3 whose beat you want to maintain. In my case, I chose Fella as the one with the beat I wanted to keep, since I knew I wanted my mashup to feature that song’s vocals.

Then I opened up Izotope’s RX and used its “Music Rebalance” feature to convert the full song to 4 wav files: vocals, bass, drums, everything else. Then I imported those 4 files into my Logic Pro project. I did the same for Tonight was a wonderful night!.

So now my Logic project had all the files I’d need. Since I was going to use Tonight‘s drum, bass, and “everything else” tracks as the music bed, I lined all those tracks up and did quite a bit of adjusting in Logic’s “Flex Time” view. The reason for this was that the BPM of Tonight is around 140bpm, whereas Fella is 100bpm – a large difference that required Tonight be slowed down considerably to match Fella‘s vocals. The end result of this difference in BPMs is a noticeable degradation of Tonight‘s audio quality, which, after mastering, actually sounds really cool – a happy accident.

The BPM difference also caused lots of issues where Logic couldn’t figure out the perfect spot to separate the beats – So I had to do a lot of editing in Flex Time to get rid of annoyingly-off drum hits, particularly on down beats.

Next came the fun part: making lyrical decisions. I decided early on that Fella‘s lyrics would be the centerpiece of the mashup, but I also wanted to include a little bit of Tonight‘s choruses. Through playing with the placement of different vocal parts, I found an edit I liked.

Next came effects. It’s Amateur Hour over here, and I relied almost entirely on Izotope‘s “Nectar” and “Neutron” plugins to do the mixing for me. I can’t overstate how big of a timesaver those two plugins are – I imaging they saved me hours on this project. It helped that I wasn’t very opinionated on how I wanted the final mix to sound – I just wanted the mix to sound worthy of the songs. Nectar and Neutron delivered nicely.

I invested a lot of time trying to autotune the Fella vocals so they’d work with the Tonight music bed, which is in a different key, but the results sucked. So, after lots of autotune trial and error, I finally decided to tune down Tonight using Logic’s native “Pitch Shifter” plugin. Pitch Shifter worked quite well but also caused some timing issues of its own, which I then had to go and fix using Flex Time. There are some parts that you can hear in the mashup where the pitch is noticeably off – this was caused by the combination of slowing down the track to match the BPM and Pitch Shifter. But, honestly, I like the out-of-tune parts as much as anything, so *shrug*.

From there, I added IK Multimedia‘s “Lurssen Mastering Console” to the end of the chain and chose the “Rock” setting – a setting I’ve used before to good results. Again, I didn’t have strong opinions about the sound, and, besides, it was pushing 1am at this point, and I wanted to get to bed. But Lurssen did a fantastic job and pulled more life out of the slowed-down Tonight parts than I thought possible!

So without further ado, here is my first Mashup: Tonight was a wonderful Fella!:

Learnings From My First Mashup

Let me know if you have any questions,