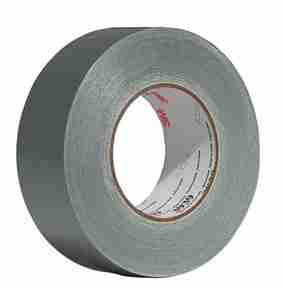 One of the common threads amongst musicians worldwide is our ability to find new uses for duct tape. There was a time where I had duct-taped a microphone to a broom which was duct taped to a chair so that I had a microphone that reached my mouth. Another time, I duct-taped two broken drum sticks together so that I could bang on a cymbol that was duct-taped to a broken cymbol stand, which also was in need of some duct-taping. After microphone stands, the drum set is the next-most duct-taped instrument.

Anyway, yesterday I was helping Scott move, and he graciously offered to allow me to hold onto his awesome, little Prelude guitar while he is out riding across the U.S.A. for the next 3 months on his Transamerica Bike Adventure. The problem was, I needed a way to get the guitar home while riding my bike across increasingly the hilly terrain in Minneapolis. Since he had no bags, he offered to make a duct tape guitar strap for the thing, which ended up working great! THEN, a few minutes ago, I discovered that you can buy duct tape guitar straps!

OH! And you can also make a duct tape prom dress, tuxedo, Rappelling harness, or band-aid. Wow!! It truly is a great time to be alive.

Anyway, upon arriving home last night, I decided to record a song on the Prelude, which now has a duct tape strap: