I would spin the latest Nirvana, Screaming Trees, Soundgarden, Primus (not a Seattle band, nor a grunge band but a mainstay nonetheless), Beck, Red Hot Chili Peppers, and occasionally Pearl Jam.

I felt a kinship to these musicians, because it felt like my music.  My older brothers were still into mostly thrash metal and glam rock, and I felt I had discovered a hidden treasure that was all mine.

Plus, I could play most of it on guitar and was a better singer than most of the people I was listening to – a special treat that connected me further to the music in ways that simply listening cannot.

Listening to Primus’ Brown Album straight through the first time with my friend and conspirator, Jesse, was like being part of a secret meeting.  The pounding of the single-room-mic’d drums over the unique bass and vocals was as close as I got to feeling like I belonged at that point in my life.

In college, my tastes wandered.  Matt and I used to listen to Prodigy, the ground-breaking Red Hot Chili Peppers’ Californication, Juvenocracy, and Cake.

While musically superior to the grunge I listened to in my teen years, these new sounds were not causing me to emotionally-react in the same way.

It was more: “Wow, that was an amazing chord change” and less: “They get me.”

I studied jazz guitar for 4 years in college.  And while I like some jazz, to this day, it doesn’t speak to me at all.  The closest I got to a transcendent experience with jazz was listening to Miles Davis’ Black Beauty in the car on a road trip with Colin.

Beyond that, it was more of the same.  I still enjoy listening to jazz every now and then – mainly choice Joe Pass cuts and sparse trios from yesteryear.  Even some old big band stuff, but generally gravitating towards guitar- and piano-centric trios and foursomes.

I enjoy jazz as a change of pace, but it doesn’t move me.

The cheesy vocals jammed into seemingly-unrelated chord changes on the Jesus Christ Superstar record my parents used to spin just turned me off to the whole genre.

I think Jon got it right when he said recently, “Jesus Christ Superstar has all the ingredients to rock, but it just doesn’t rock.”

My mom used to spin Cats on the record player, and while I recognized the brilliance of songs like “Memory”, I never quite understood how anyone could write a whole album about cats.

Then in college, I had this amazing girlfriend, who was always helping me do amazing things despite my overt grumpiness and unloving attitude towards her.

She took me to see Rent – paid for the ticket and everything!

It was a wasted ticket, except that it now gives me perspective on how far I’ve come since then.

My experience at Rent was one of abject “meh”.  It was long, boring, the music was unimpressive, and the story was lacking.

And then I steered completely clear of musicals for 15 years.

I was (and remain) an avid fan of South Park, enjoying the entire collection and evolution of characters.

There was an episode of South Park called, “All About Mormons” that was a quasi-musical format, and I remember watching it and thinking, “Holy shit that was awesome!”

I proceeded to quote it to anyone who would listen for the next few weeks.  (“Dum dum dum dum dum” being the most unexpectedly-hillarious punch line in music I’ve ever heard.)

When I heard that the South Park guys had written a Broadway musical about Mormons and then later learned that it had broken long-standing records for how many awards it won (Best Musical for example), I was beyond curious.

A few years later, the touring production came to Minneapolis, and I curiously and cautiously bought tickets for Lisa and me.

Sitting at the Orpheum theater amongst all the high-brow haughty citizens of Minneapolis with their monacles waiving, watching all the cheesy dance moves, underneath the gut-laughter-inducing dialogue and lyrics, something clicked for me.

A door opened in my understanding of musical culture.

The way the chords played off each other, the shifts in key signature and tempo – I now got it and fell immediately in love.

It was no longer an oddity – I felt musicals connect with me in my heart.

Over the last few years since first seeing and connecting with Book of Mormon, I’ve seen a handful of musicals – both touring and local – and now even enjoy listening to musicals I haven’t seen (something that would have seemed unbelievable just a few years ago).

Book of Mormon soundtrack has more plays than any other record in my library.  I’ve probably listened to it more than I listened to Nirvana’s Nevermind as a teen – and that’s sayin’ something!

I also have Hamilton, Kinky Boots, and Little Shop of Horrors in heavy rotation.  (And for the record, I spin Tenacious D more than you might expect…The D is a hybrid musical/rock group and brilliant in both performance and writing.)

I listen to these albums straight through.

I play them on piano.

I pretty much listen to no other music these days.

I’m in love and loving it and regularly finding little easter eggs I missed in previous listens.

Which brings us to today.

I was blown away by the performance and music and felt a resurgent connection to musicals flowing through me.

Jesus Christ Superstar is a different, musically, than everything else I’ve heard in that it strings together licks, phrases, and lyrics and then rewires them later for callbacks where I say, “Oh yeah, I remember that from earlier…but it’s in minor now…”

Basically, it’s math rock (sans-rock) and shaking the ground with some of the most powerful lyrics I’ve ever heard.

I’ve never seen singers do what I saw in St. Paul last week.

So here we are, 25 years after Mom and Dad first played Jesus Christ Superstar for me on our old record player, and I’m appreciating Mom and Dad again for all the wonder they brought that I didn’t notice the first time around. 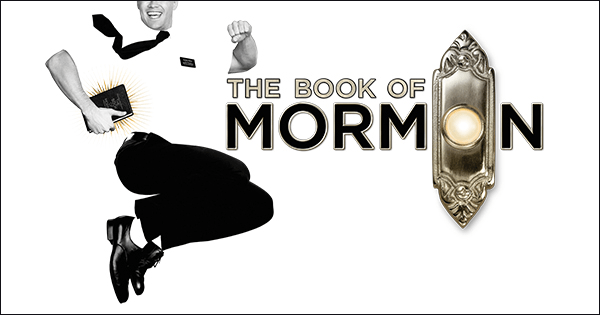